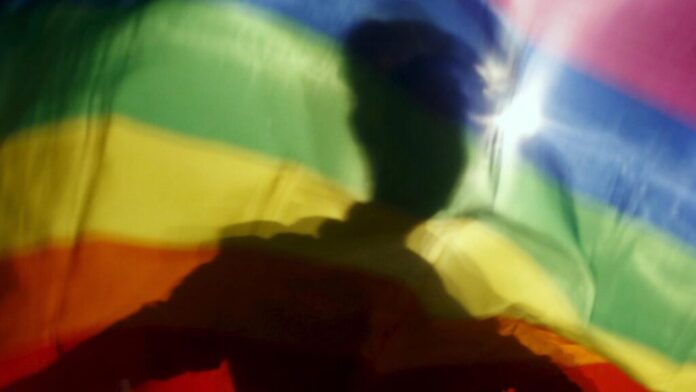 Like oral tradition, homophobia has been passed down to even the youngest generation using unfounded claims like ‘same-sex relationship is a Western ideology’, ‘same-sex relationship is not biological’, and discarded religious tenets re-interpreted to suit the narrative. Simply put, same-sex sexuality is viewed with the same distaste usually reserved for depraved freaks of nature, largely because of the myths that have been passed through generations.

Let’s take you through some of them:

As appealing as this idea of a pure pre-colonial Africa is, history reveals something else.

In Nigeria, there are native words for actions or words associated with same-sex that date back to the pre-colonial era. According to an interview with Bisi Alimi by the Guardian, the Yoruba word ‘adofuro’ was used to refer to a gay person. He also mentions that the Hausa term ‘yan dauda’ is used to describe effeminate men who were considered to be wives of other men.

In the words of President Yoweri Museveni of Uganda in 2012, in an interview with the BBC, “Same-sex individuals in small numbers have always existed in black Africa…They were never persecuted. They were never discriminated.”

This tells you that what is actually un-African is homophobia.

Myth 2: Same-sex sexuality is a choice

Despite the fact that queer people in Nigeria face too many problems, ranging from discrimination to outright violence, many people still believe same-sex sexuality, with its accompanying persecution, is a choice that they logically choose.

Research, however, disproves this. A study shows that while there is no single ‘gay gene’, several genetic factors account for at least 8% to 25% of a person’s sexuality. This means that, like other characteristics such as height, sexuality is a result of a complex interplay between biological and environmental factors and thus cannot be chosen.

Myth 3: Same-sex sexuality is a mental disorder that can be cured

People think that if same-sex sexuality is not a choice, then it definitely must be a mental disorder or some kind of disease.

However, scientists have outlined numerous examples of same-sex relationships in the animal kingdom such as in dolphins, swans, giraffes, chimpanzees and so on. It is part of nature. It is a natural variant of sexual behaviour and thus, it’s not an illness or mental disorder that can or needs to be cured.

According to psychologists, ‘it is unlikely that individuals will be able to reduce same-sex attractions or increase other-sex attractions through sexual orientation change efforts.”

It is these humiliating and often harmful efforts to ‘cure’ same-sex sexuality, in addition to stigma and discrimination that actually predispose these people to mental disorders.

Myth 4: Paedophilia is part of the LGBTQ+

This is one of the vilest arguments used to discredit the LGBTQ+ community and oppose queer rights.

Paedophilia is generally considered a psychiatric disorder where adults or older adolescents experience a sexual attraction to prepubescent children. Paedophilia is not a sexual orientation as paedophiles can be straight, gay, or bisexual.

While paedophilia is considered to be innate and paedophiles unlikely to change, the fact remains that children and adolescents are unable to consent and so, paedophiles who act on their desires are rightly considered child sexual abusers.

In contrary, the queer community advocates for consensual love between two equals. To be clear, paedophilia is not and will never be considered a part of the LGBTQ+ community.

Many people believe that children of same-sex parents fare poorly and this is one of the arguments used to oppose same-sex marriage.

However, as the American Psychological Association noted in 2004, “same-sex couples are remarkably similar to heterosexual couples and parental effectiveness… is unrelated to parental sexual orientation.” This was reaffirmed in 2013 by the American Academy of Paediatrics, who stated that “children of gay and lesbian parents fare as well in emotional, cognitive, social and sexual functioning as children whose parents are heterosexual.”

In fact, some research even shows that children of lesbian and gay couples even perform better.

These are some of the myths that continue to stand in the way of queer liberation in Nigeria. People need to disabuse themselves of these myths and understand that there is nothing fundamentally different or harmful about queer people. By doing this, we can pave the way for a more accepting society.

Let’s be human – together.