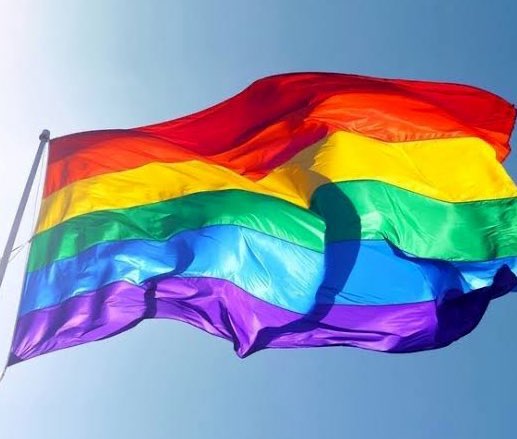 The #EndSARS protest which has swept through the nation was triggered by the cultural brutality, extortion and murderous nature of officers of the Special Anti-Robbery Squad (SARS). So it is not out of place for the protest to be seen as a fight for the police to respect the basic human rights of young Nigerians. In line with this, queer Nigerians have also come out to protest the brutality that has been meted on them by the Nigerian police. They have been seen with placards in cities like Lagos and the Federal Capital Territory, Abuja.

However, an unfortunate event took place at the Abuja protest today when protesters who were seen carrying placards and speaking out against police injustice against queer people were attacked. Amara, one of the participants at the protest who was attacked took to Twitter to make a video explaining the event.

Below is an excerpt of Amara’s statement in the video:

“Hello, lovers and friends. So I am just leaving Berger round-about, the protest location and some of you were supposed to meet up with me. I have sent messages round saying “please don’t come.” Because it is not safe for queer protesters. People that were with me Bim, myself, this other girl, she got a queer flag. In fact everybody that was with us were just almost being attacked. Let me not say almost, we were attacked. We were attacked actually because they took our placards, they tore it. They were pushing. They had to create a human barricade, like a human wall around us so they don’t attack us.

See you guys I can’t even protest right now. I don’t even want to protest. Like I don’t feel weak I am just sad that this happened.”

Amara’s narration would be quite confusing to anyone who understands in its entirety what human rights stand for. Or how do you explain the fact that ‘peaceful’ protesters decided to attack another set of protesters who are literally fighting for the same rights?

The irony of it all can be quite sickening and definitely shows how much of a mess the Nigerian society is when it comes to understanding rights and boundaries. Many people believe this may lead to a revolutionary change in different spheres of society. But it seems queer related issues and LGBTQ+ rights are not part of the equation.

The big question is; should more queer people step to the streets? After all, the protests have grown since a few people were gunned down by the police. Will applying more pressure lead to visibility and fair acceptance or should queer people accept that the Nigerian society is not ready to accept that their lives matter.