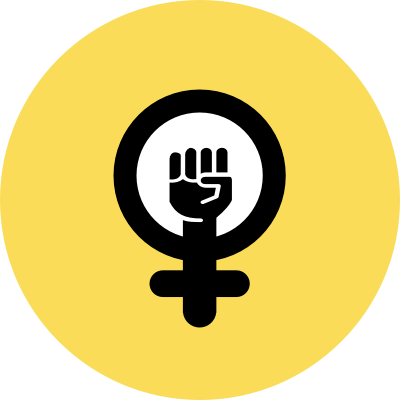 All through the #EndSARS peaceful protests currently taking place across the nation, one group has stood out in terms of its level of organisation and the support it gives to the peaceful protesters – The Feminist Coalition.

The influence those group of people who have been called names like ‘feminist witches’, ‘anti-men group’, ‘bitter women’ is unparalleled. And when you compare with the Nigerian government’s handling of their offices, you wonder the inspiration.

Now, Twitter CEO, Jack Dorsey, who has been relatively quiet since the protests began more than 7 days ago has tweeted about it and you already know that the #EndSARS/#EndSWAT protest is reaching the biggest ears and the feminist coalition are the inspiration.

The feminist coalition made more headlines a few days back when they released information on how much they had available for the protest and also showed exceptional skill in accounting for money spent so far on the protests. Now, Wednesday, October 14, 2020, they eventually released a comprehensive report which states who they are, their mission during the protest and how much they have and also how much spent. Indeed, this level of accountability on public funds is quite alien to our Nigeria of today.

The group has supported the protests across 25 states in Nigeria by providing Food, water, masks, medical aid as well as legal aid to protesters. They have done all of these things with a crowd funding that has raised over ₦62 million. According to their report, over ₦11 million has been spent on protest resources while ₦759,080 has been spent on medical aid. ₦500,000 was spent on legal aid while ₦400,000 was spent on funeral aid.

Many Nigerians have applauded this amazing feat:

“You guys continue to raise the bar in organizing; I’m so impressed with you’ve achieved so far.

In some way, this threatens the leaders but who cares really? They’ve had their time with impunity; it’s our time to shine as Nigerian youths. Bravo!”

“This is Accountability, what our government has failed to provide. Keep the nice job up. We must make Nigeria better. We are demanding for it and won’t beg any longer. #EndSWAT”

The feminist coalition which was established in July was created with the same mission as feminism – equality. Equality of women in the Nigerian space with a focus on Education, Financial Freedom and representation in Public offices.