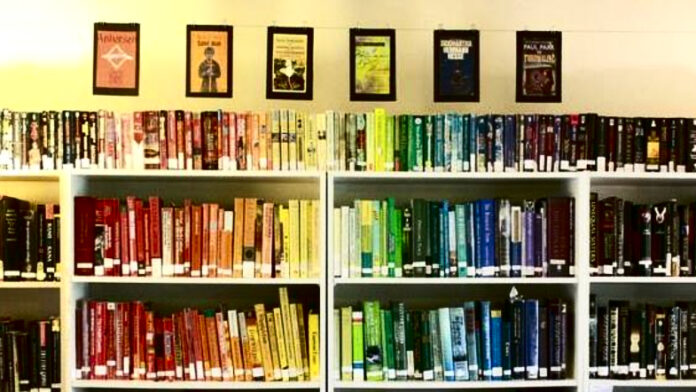 “Understand this if you understand nothing: it is a powerful thing to be seen”
― Akwaeke Emezi, Freshwater

More African countries and the rest of the world are realising that queer people are humans first, and are putting measures in place to ensure they also enjoy fundamental human rights. Nigeria will rather boast of an anti-gay law that criminalises same-sex relationships, where defaulters face a possible 14-year jail term. But, writers will continue to tell the stories of this so-called minority and push for a society that defines people by their humanity rather than their sexuality.

Before now, queer characters in Nigerian or African literature were limited to the usual stereotypes. They were painted as degenerates and woven into moralistic stories that discouraged every notion of queerness.

In Wole Soyinka’s 1965 novel ‘The interpreter’, African-American Joe Golder, arguably the first recognisable gay character in Nigerian literature, is presented as a reprobate. Not only is he lecherous and even implicated in a murder, but his status as an American affirmed the false idea that same-sex relationship is un-African. This novel, like others during its time, enabled the culture of silence by nodding towards the existence of queer love but not actually attempting to push against the predictable storylines.

However, it has been over 50 years since Soyinka’s novel, and it’s safe to say that the climate of Nigerian literature is transforming. Not only has the silence been broken but writers are actively addressing issues that are usually considered abominable or taboos. Nigerian literature has moved away from existing stereotypes to tell more authentic stories; stories of love, pain and heartbreak; stories that have, at the centre, Nigerian men and women who simply just want to be free to love.

Some of these novels are listed below:

Walking with Shadows by Jude Dibia (2005): Widely considered to be the first Nigerian novel to centre a homosexual protagonist, it came at a time when the freedom of queer people in Nigeria was under scrutiny. In this book, Dibia tells the story of Ebele Njoko, a father who is forcefully outed by a colleague who he had investigated for fraud. Through Ebele’s story, rife with discrimination and abuse, Dibia highlights the difficulties queer men face in a homophobic Nigeria.

Chinelo Okperanta’s Under the Udala Trees (2015): Coming just a year after the criminalisation of same-sex relationship in the country, the novel represents Okperanta’s ongoing commitment to literary activism. In her book, she describes how, in the backdrop of the Biafran war, a meeting between two girls, a Christian Igbo, Ijeoma and a Muslim Hausa, Amina, quickly burns into something beyond friendship. This story addresses a number of themes, one of which is the complex struggle between identity and faith as Ijeoma grows to question her mother’s bible lessons and pastor’s sermons which preached only of the heterosexual human. Okperanta not only followed Ijeoma’s coming-of-age but also portrayed other queer relationships and queer communities. In the same vein, Okperanta’s short story collection, Happiness, like Water which won the 2014 LAMBDA Literary Award also includes stories about queer characters.

Blessed Body by Unoma Azuah (2016): An anthology, a collection of stories of Nigerian lesbian, gay, bisexual and transgender people in Nigeria, people who boldly outline the moment and aftermaths of their awareness of their sexuality in homophobia Nigeria, sketching for us images of all-girls schools, night-time haunts and online friendships surrounded by a web of discrimination. In an interview with Samsonia way, Azuah explains how her own experiences of isolation as a queer person in Nigeria inspired her to gather these stories.

Nnanna Ikpo’s Fimi Sile Forever (2017): It tells the story of twin brothers, Olawale, who is bisexual and closeted and Oluwole, who is more openly homosexual and how they both navigate through society after the Same-Sex Marriage Prohibition Act becomes law. According to its publishers “It celebrates the enduring power of love, desire, faith, patriotism and human rights in the face of political oppression and religious prejudice.” It is also described as an extension of the literary conversation by Jude Dibia and Chinelo Okperanta.

Freshwater by Akwaeke Emezi (2018): This one-of-a-kind story follows Ada from the moment she is prayed into existence by her parents. Ada is not like other girls but has multiple spirits within her. This novel has been described as a study in dysphoria, a story of the pain of being imprisoned in a physical form. It also refers to certain autobiographical realities that Emezi has faced as a Nigerian, black, trans, gender-nonbinary person.

These are only a number of novels by Nigerian authors which explore themes surrounding queer realities in Nigeria. Other notable mentions include Lives of Great Men by Chike Frankie Edozien (2017), When We Speak of Nothing by Olumide Popoola (2017) and Speak No Evil by Uzodinma Iweala (2018).

By countering stereotypes, these authors are changing narratives, giving the queer community a voice and we are here for it.