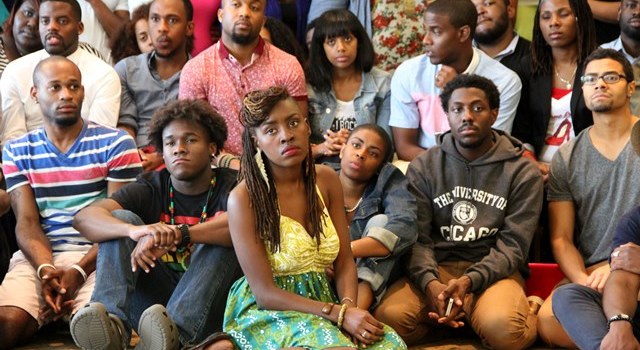 The word ‘human’ vividly, reminds me of someone who called me “the only human” (he probably said it on a lighter note) but it instilled something strong in me. He might not have seen it the way I did, but it just made sense to me and gave birth to something in me. I kept asking do you even understand what it takes to be human? The high prestige you hold as an individual. Not bringing in sentiments, the differences we possess and exhibit consciously or unconsciously in the world today.

How did we get here? Why so much hatred for one another and the resounding voice of our ancestors who preached peace and love keep reechoing. Or maybe this is what we truly deserve as a people because of our actions and inactions towards each other. You know they say people deserve the type of leaders that govern them because of the behavior they as well put out there. Is that why we really have a bad government?

Don’t get me wrong, there’s no justification for bad governance. Because only what our elected officials are interested in is their pockets and only in the benefits from the position elected to. But have you for once thought why they do this? they continue acquiring wealth because they don’t want to loose their respect when they leave office.

What some of us do is, we go about our daily lives, inflicting pain, hardship and suffering on each other because of the differences in colour, race/tribe, belief, status quo, sexual orientation the list is endless — which is what you and I tend to look out for in everyone we come across. No doubt colonization has done us a whole lot of harm than good it has made us not realize the worth we carry and how magnificent we are as Africans. We were told all sort like our belief system was wrong and we’re backward — all these lies have continued to trail everyone from this part of the world. Africans imbibed their belief, dressing, food, etc. Africans: who bewitched you?

Speaking of the ones (i.e pain) we inflict on each other as a people the xenophobic attack that has continued for years it’s just ridiculous how African nations stand against another we are meant to be our brother’s keeper and not the ones to start inflicting pain because the pain experienced won’t be easily forgotten. Black Lives Matter, Me Too movement wouldn’t be a thing if we genuinely love and care for each other.

The rape issue currently on the rise that left numerous young ladies gruesomely murdered by the perpetrators of the heinous act. Rape wouldn’t be a thing if everyone genuinely care about the existence a fellow human. Religious leaders even made it worse because of the bigotry teaching in these religious centres a place where peace teaching is meant to be uphold critically but many at times we were taught not to speak against this bad teachings or doctrines because its touch not my anointed and do my prophet no harm.

A situation where even the religious leaders see it as a point of duty to have carnal knowledge of their members or a situation where various ritual activities go on in church. Some of you may say every religion is a form of ritual yes, in no doubt it is, but when it comes to shedding of a fellow human blood then I and every other sane person don’t consider it appropriate.

No wonder the Bible even made it known that judgement would begin in the church.

Tell me of what relevance is my belief before I assist you with anything you’re in dire need of? Of what relevance is your color, race, tribe or ethnicity, sexual orientation before I render a service?  The case is always different when a woman takes up certain position they claim it’s a “man’s  world” like seriously? Who told you that? We all have equal opportunities as humans we are here for a reason.

Humans are meant to coexist be it man, woman, gay, lesbian, white, bisexual, transgender, black, intersex, queer, non binary, etc. Everyone has a freedom to life and don’t owe anyone an explanation of their existence. I must say, as we move on, there are people we seriously need to avoid they include: sexist, homophobes, misogynist, tribalist, xenophobes, racist, etc. because they’ve made it a point of duty to victimize the world in it’s entirety and continuity of humanity all these should be put aside or paid less attention to.

Even with all the differences found in the world today which are clear indications of how, differently we were socialized into the society and the ones we’ve successfully created by ourselves because of what we tend to believe is right or wrong. Hardly, do we realize at first that all these differences are what makes us unique and the world can’t be the same because there is need for diversity. We can go on and on citing examples, but never ever forget that you are first human before anything else.

Elisha Abbo’s victim finds justice in court, women are most certainly not marching against SARS brutality and other things that happened this week

On Passing: Bobrisky and the role of trans people in queer liberation

The possibilities of Gender: Emeka Joseph Nwankwo, in conversation with Ayodele Olofintuade